The story of the slave turned senator who may… 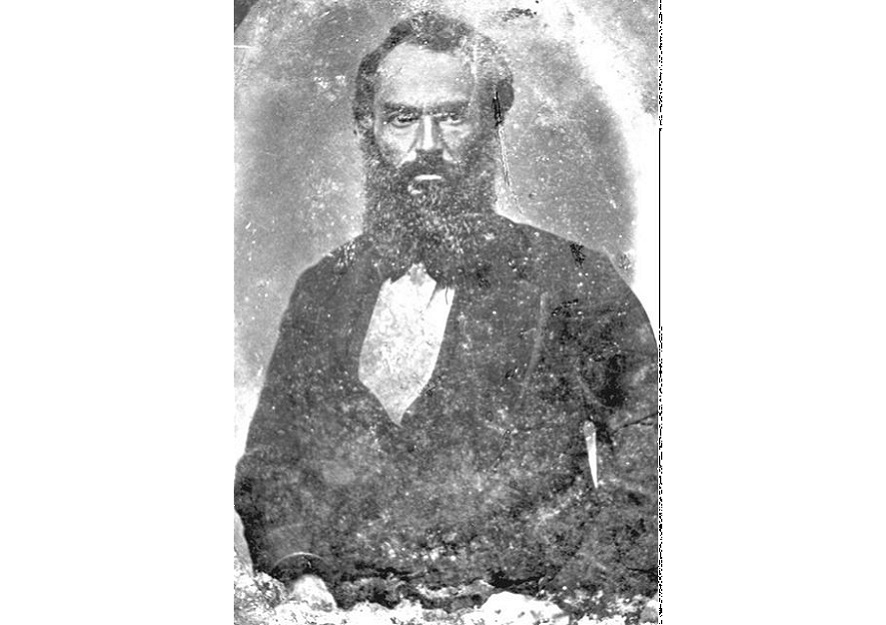 “Robert Meacham is a hero. Give him the dignity he deserves.” Those were the words of Yvette Lewis, Hillsborough County NAACP president who is calling for a search of grounds around a Tampa cemetery that could have lost graves.

The Tampa Bay Times reports that Robert Meacham, who rose from slavery to state Senate, is among the more than 1,000 buried in Tampa’s erased College Hill Cemetery for Blacks and Cubans, believed to be located in what is now the Italian Club Cemetery’s parking lot.

College Hill Cemetery, which was established in 1889, was wrongfully taxed by Tampa in 1926. Its owners did not pay, so the city took the cemetery from them. The Italian Club subsequently bought the property in 1950. The purchase occurred eight years after the federal government last identified the property as College Hill Cemetery. To date, there is no record of the bodies being moved, said the Times.

Meacham was buried in College Hill Cemetery after he passed away at age 66 on February 27, 1902, according to an obituary cited by the Times. An enslaved man who was later elected Florida senator, Meacham pushed for educational opportunities for Black children by helping establish Florida’s public school system. He also worked to register Black voters and pass the 1868 state constitution while chairing powerful committees and helping found the African Methodist Church in Florida. Yet, he doesn’t have a marked grave.

According to historian Canter Brown Jr., Meacham was born in Gadsden County in 1835. His mother was an enslaved woman. His father was her White owner. Growing up, Meacham was educated, but at the age of 18, he was taken to Tallahassee to “fulfill the role of a house-servant for an affluent Leon County family.” Meacham’s father later died, and he became the “property” of the Leon County family.

It is not clear how Meacham gained his freedom. Some say he purchased his freedom with money “he had saved out of the gratuities given him by his master.” In any case, the Emancipation Proclamation and the North’s Civil War victory ensured his freedom, according to the Times.

It was right after the war that Meacham helped found the African Methodist Church and set up Jefferson County’s first school for Black children.

In the late 1860s, he entered into politics following the passing of the Reconstruction Acts that made it possible for Black males to vote. “He amassed such a large block of voters that he was appointed to the Florida Republican Party’s executive committee and to the state convention charged with framing a new constitution. He also served in the Florida Senate from 1868-1879,” the Times wrote.

While in politics, he helped to pass a public education bill in 1869 that set up free public schools. Despite his good deeds, he was threatened several times. On Election Day in 1870, a White man attacked him with a gun while standing with Black men waiting to vote in Monticello, Fla., according to Brown.

“This is our poll,” the White man said. “It belongs to the White people.” The confrontation ended without injuries.

Six years after this incident, Meacham got into a shootout with two White men who threatened him at home in Monticello. No one was harmed. In 1896, while in Tampa, he was shot in the chest and groin by a man who wrongfully accused him of having an affair with his wife.

Meacham recovered from his gunshot wounds and later opened a shoe shop in West Tampa before his death in 1902. Believed to be lying under a Tampa parking lot, just outside the Italian cemetery, the NAACP is calling on city officials to fund an archaeological survey of the site to find out if bodies are still there. “…If this city cares about those men and women who were enslaved, show me. Do the right thing. Find their bodies so their souls can rest,” Lewis said.

Meanwhile, Tampa spokesperson Janelle McGregor told the Times this week that no member of the NAACP has contacted the city about College Hill Cemetery. “We are looking forward to being part of any future conversations,” McGregor said.