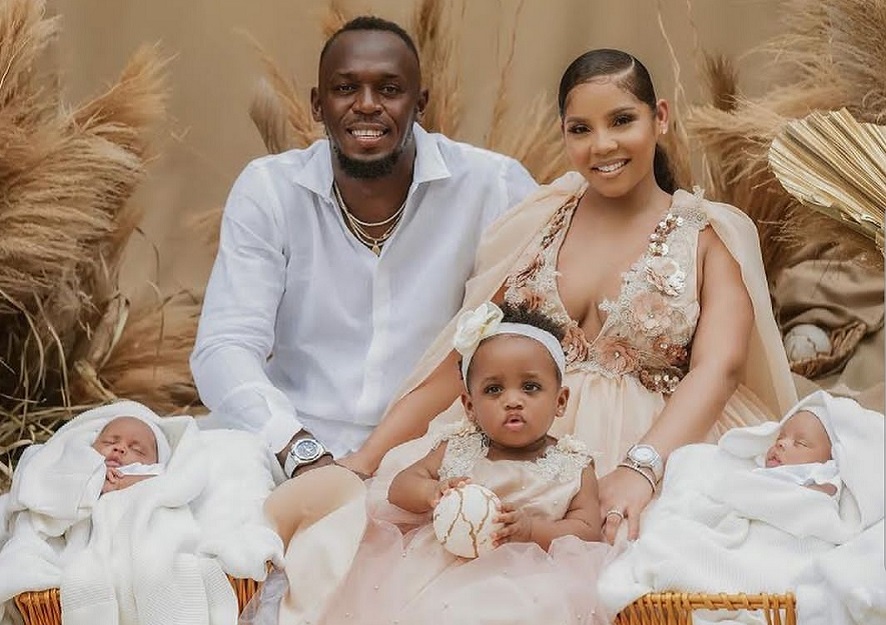 Retired Olympic champion Usain Bolt and his long-time partner, Kasi Bennett, celebrated Father’s Day in style by taking to social media to announce the birth of their twin sons. Bolt and Bennett had been largely mum about the pregnancy up until Sunday’s announcement.

The Jamaican couple welcomed their first daughter, Olympia Lightning Bolt, last year. And just like their big sister, the two new additions to the Bolt family have eye-catching names that ring a bell about their father’s legacy.

In the Instagram post, the 34-year-old shared a family photo with a simple caption disclosing the names of the twin boys – Saint Leo and Thunder. Bennett also shared a series of photos on her Instagram page and showed some Father’s Day love to the 100m world record holder.

“Happy Father’s Day to my forever love! @usainbolt,” she captioned. “You are the rock of this family and the greatest daddy to our little ones. We love you world without end!”

Currently on retirement, Bolt holds the records for the fastest 100m and 200m races, a feat he achieved at the 2009 Berlin World Athletics Championships. With 23 gold medals to his name, the 11-time world champion is also the only male athlete to win three 100m gold medals at the Olympic games, according to CNN.

Although the decorated former sprinter would not be taking to the tracks at this year’s Tokyo Olympic Games, he told the news outlet he’s excited to be watching the game from the stands for the first time.

“I’m definitely excited to be in the stands,” he said in March. “I’ve never got an opportunity to really watch Olympic Games, to either go [watch] swimming, the soccer or just to see all the events. So I’m excited to actually get the chance to really experience Olympics like a true fan.”

And among his coveted accolades, Bolt admitted his 8 Olympic gold medals are his most cherished. “It’s always going to be the [Olympic] gold medals,” the Jamaican said. “I think that’s what really stamped my authority on the sport, you know what I mean, I showed my dominance throughout the years.”