After three years, the first Bible translated into Pidgin English released thanks to this Nigerian man

After three years, the first Bible translated into Pidgin… 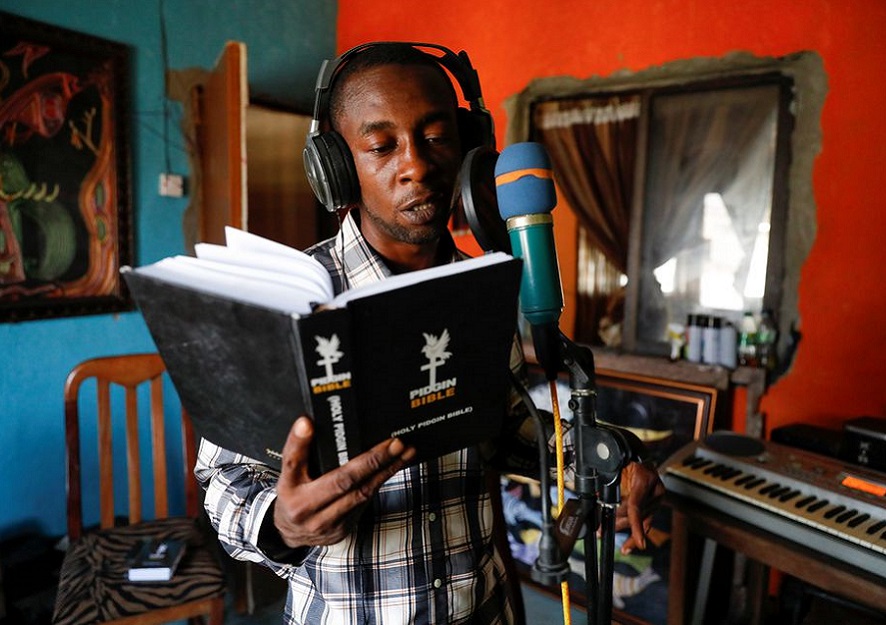 “David plus all di pipo of Israel march go Jerusalem (wey be Jebus).” This was translated from: “And David and all Israel went to Jerusalem, that is, Jebus.” It is a passage from the Book of Chronicles, translated by Salem Egoh into Nigerian pidgin, sometimes called Pidgin English.

Egoh, a musician, painter and music producer, is behind the first Bible translated into Pidgin English. So many people have translated the Bible from English to Pidgin, but this is the first printed version, according to BBC. It took Egoh three years to complete, he said.

In his home country, Nigeria, English is the official language, with most newspapers and books sold being in English. However, various ethnic groups widely use and understand Pidgin English. The amateur translator wanted such groups to better understand the Bible so he paused all he was doing as an artist and music producer to translate the Bible into Pidgin English and he has not regretted doing that, he said.

There were times he had to be creative because many words found in English versions of the Bible had no exact equivalent in pidgin, he told Reuters.

Growing up, his father, a devoted Christian, made sure that he attended every Sunday school in the church. Egoh would even use the Bible to learn how to write. The result of that has surprised many, including his family who laughed when he first read from his Pidgin Bible.

Today, many pastors and church leaders have embraced the Pidgin Bible, which is on sale across Nigeria. “Most people here, they are not properly schooled, you know, and so we do more pidgin English here,” said pastor Ben Akpevwe, who has been using the Pidgin Bible at his church in Lagos.

“Each time I am reading it in church they are always very excited because it is like identifying with the language of the people.”

For now, the Pidgin Bible consists of the New Testament, the Book of Psalms and the Book of Proverbs. Egoh has included a glossary of 1,000 words at the end of his translation. He is currently working on a translation of the rest of the Old Testament and he is optimistic that a complete Bible will be released by the end of the year.

‘Bloodthirsty vampire’ – Kenyan man admits to killing 10 kids, sucking blood of some of them
Jeffrey Dampier won $20 million in lottery, and then was killed by his wife’s sister