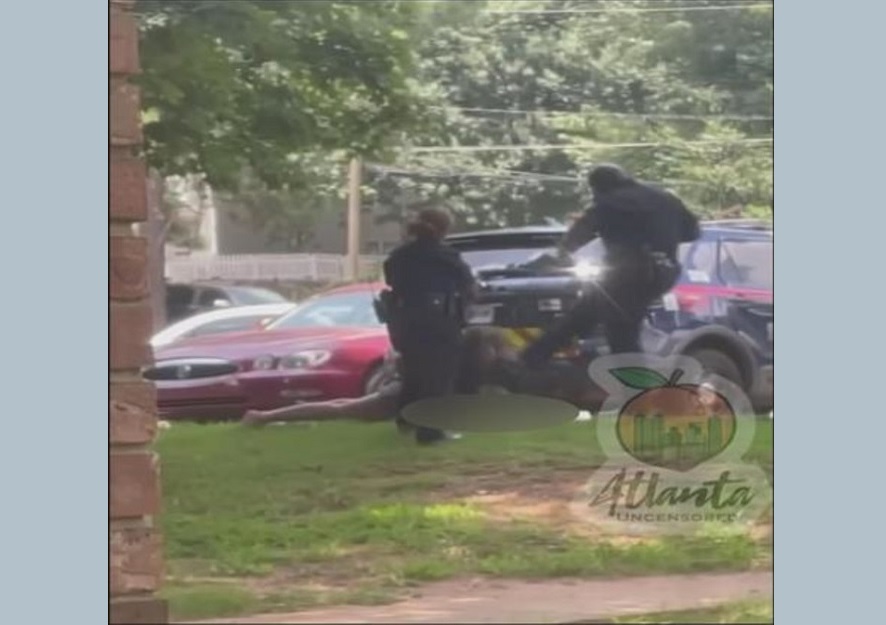 A sergeant with the Atlanta police department has been placed on unpaid suspension after he was seen in a video kicking a handcuffed Black woman in the head during an incident on Monday. Another officer who was present at the scene when the incident occurred has also been placed on administrative assignment.

In a statement on Monday, the police department announced they arrived at that decision after Police Chief Rodney Bryant and commanders in the department “became aware of a video” of the incident which had been shared on social media, CNN reported.

“Upon reviewing the video, the actions of the sergeant appear to be unacceptable and we are also concerned with the apparent lack of reaction from another officer present during the incident,” the statement said.

“The decision was made to immediately relieve both employees from duty, with the sergeant placed on unpaid suspension and the officer placed on administrative assignment.” Besides the action taken against the two officers, the statement also said the department’s Office of Professional Standards (OPS) has been “directed to open an investigation into the actions of all employees on-scene.”

In a video of the supposed incident that was shared on social media, two officers are initially seen standing around a woman who is handcuffed and lying on the ground with her face down. One of the officers, who is male, is seen kicking the handcuffed woman in her head after she raises her head. This happens in the presence of the other police officer who is female. Another male police officer is seen walking to the scene after the kick.

Police said officers had responded to the scene after a 911 call to report an armed person was made, NBC News reported. The police added that the person who called said a “female was walking around and had pointed a gun at several people.”

The officers who arrived “became concerned with the female’s mental health” and arranged for her to be taken to a hospital for evaluation, the police said. She was, however, not charged.

Monday’s statement said the “actions of those in the video appear to fall outside” the Atlanta Police Department’s “standards and training.”

The statement added: “However, it is important for the Office of Professional Standards to conduct a thorough investigation to determine the facts surrounding this incident. Chief Bryant will monitor the progress of this expedited investigation and review the findings to determine the proper cause of action.”