Black teen in pain after police dog latched on to his leg for several minutes ‘without any reason’, mom says

Black teen in pain after police dog latched on… 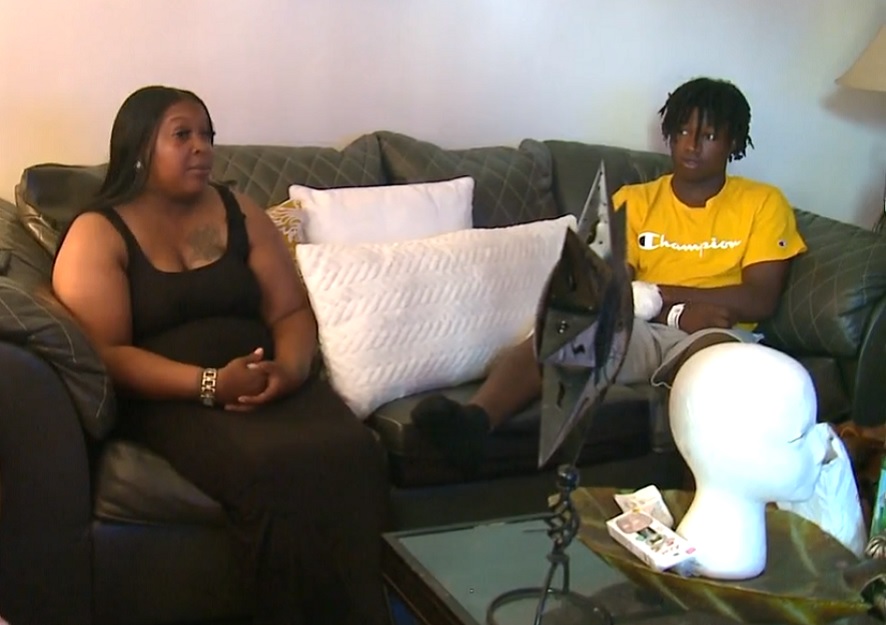 A Granite City police dog that latched on to a Black teenager’s leg for several minutes during a traffic stop had to be tasered by officers after it did not comply with commands to release the teen from its grips, a witness said.

A video of the incident shows Devondrea Williams screaming in pain prior to the dog being ultimately tasered in order to release him. “I ain’t never scream like that a day in my life,” Williams told KMOV.

The teenager said the July 19 incident occurred after police pulled over a vehicle he was in with his cousin as well as another friend. His cousin was driving the truck at the time and Williams said the officers did not disclose the reason behind stopping them. William’s cousin, however, told the news outlet he was involved in a fight and the police had pulled them over because of that.

And though the Granite City police also said the teenagers were stopped because some of the truck’s occupants had been involved in a fight, a portion of their account of what transpired after was rebutted by the witness, Regeana Canada.

Williams also told the news outlet he was at the back of the truck when they were pulled over, and the officers requested his information and instructed him to get out of the vehicle. “I see him reaching for his handcuffs, so I go to put my hand like this and then he grabs my arm aggressively. I look at him and then two other cops get pushing me. They push me onto the truck, and then I see the dog out of the corner of my eye and then the dog bites me,” Williams recalled.

“He bit me like I think five times,” the teenager added.

Canada, who recorded the incident, said she believes the police dog held on to Williams’ leg with its teeth for about eight or nine minutes. “I’m not anti-police, there’s just some questions about that particular incident I would like answered because I don’t understand why the dog got let loose,” she said.

In Canada’s video recording, an officer is heard ordering the dog to free the teenager on more than one occasion. The officers ended up tasing the dog to release Williams from its grips.

“They had to tase the dog,” Williams recalled. “If you have a K9, shouldn’t the dog listen to you?”

Responding to the incident in a statement to KMOV, Captain Gary Brooks of the Granite City Police Department said: “Officers conducted a traffic stop of a vehicle with some of the individuals involved in the incident.  At this time, officers attempted to continue to gather facts to ascertain what exactly had taken place.”

Brooks added: “During the traffic stop, an individual obstructed the investigation and resisted arrest. They were taken into custody with the assistance of a police K-9.  This investigation is still ongoing and as a result, no further information can be given at this time regarding this matter.”

Canada, however, said Williams “did not resist arrest at all.” Officers did not also arrest anyone despite pulling the teens over.