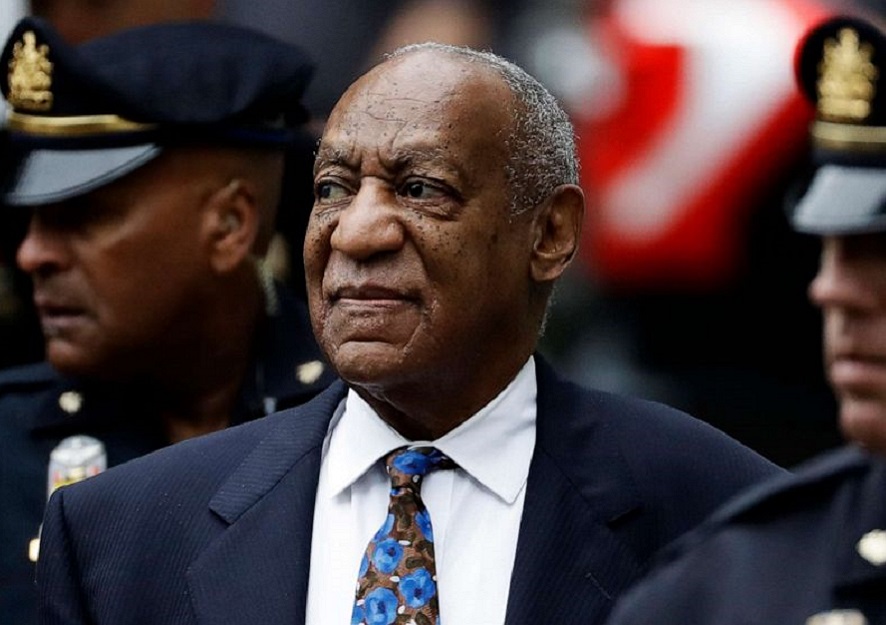 In an interview with journalist Domenick Nati on his show on Friday, Bill Cosby’s spokesperson, Andrew Wyatt, said the 84-year-old’s legal team is looking at filing a “wrongful incarceration” lawsuit against the state of Pennsylvania following the actor and comedian’s release from prison, Fox News reported.

Cosby was sentenced in September 2018 to three to 10 years in prison on three counts of aggravated assault for drugging and sexually assaulting former basketball player, Andrea Constand, in his home in 2004. However, the Pennsylvania Supreme Court on June 30 overturned his conviction, paving the way for his eventual release.

The Cosby Show actor had served more than two years of his sentence when the seven-member Pennsylvania Supreme Court ruled that he had been denied a fair trial in 2018. The judges said there was a “process violation” because Cosby’s lawyers had made an agreement with a previous state prosecutor that he would not be charged in the case. However, in 2015, a prosecutor filed charges after testimony from a civil lawsuit brought by Constand against the actor was disclosed, BBC reported.

“We are looking at all legal angles for those things right now,” Wyatt told Nati when he was asked about Cosby possibly filing for restitution from the state, Fox News reported. “We are looking at what recourse, what legal recourse we can take against the state of Pennsylvania,” Wyatt added.

And when Nati asked Wyatt if Cosby is owed money for every day he spent locked up, the spokesperson replied in the affirmative. “He’s owed money. It’s a lot of owed money,” Wyatt said. “Our attorneys are filing the paperwork now,” he continued. “[Cosby] is owed a lot of money.”

In the state’s 2021-22 budget plan, Gov. Tom Wolf tabled a proposal that seeks to pay people who were wrongfully incarcerated $50,000 for each year they were locked up, Fox News reported. Recipients include people whose convictions were overturned after they were ultimately cleared of any wrongdoing. Others whose convictions were overturned after their charges were dropped or those who were exonerated following a new trial could also receive compensation from the new plan.

Despite Cosby’s release, Nati, during the interview, told Wyatt he was “really torn” over his case and he thinks the octogenarian “is guilty” as several women had come forward to accuse him of sexual assault. Nati also said that the allegations against Cosby by the “50 plus women is a lot”, adding that for “so many people to get together and come up with a lie” is “hard for anyone to understand.”

However, Wyatt defended Cosby and labeled the accused comedian and actor’s case as “the greatest ‘Ocean’s Eleven’ extortion scheme led by [attorneys] Gloria Allred and [her daughter] Lisa Bloom.” Wyatt added that he feels the entire case was “about money”

“I think her and her daughter have an axe to grind against black men,” Wyatt claimed, mentioning a number of notable sexual misconduct allegations against Black celebrities the lawyers had taken up, Daily Mail reported.

But in a statement on Friday in response to Wyatt’s allegations, Bloom warned Cosby’s spokesperson to “choose” his words “carefully.” “We already scored one spectacular win against Bill Cosby in our defamation litigation after another of his reps spoke recklessly,” Bloom said. “Shall we file another?”

Allred also told Fox News “any allegation of extortion is defamatory, and appears to be an attempt  by Mr. Cosby’s representative to deflect attention away from the allegations by more than 60 women who have accused Mr. Cosby of victimizing them.”

South Africa is burning: Seven killed as violence erupts over jailing of Zuma
Married in 1952, this 94-yr-old wasn’t allowed to shop for a wedding dress. Her dream finally comes true