Meet Sandra Lindsay, the Jamaican-born nurse who got the first Covid-19 shot in U.S.

Meet Sandra Lindsay, the Jamaican-born nurse who got the… 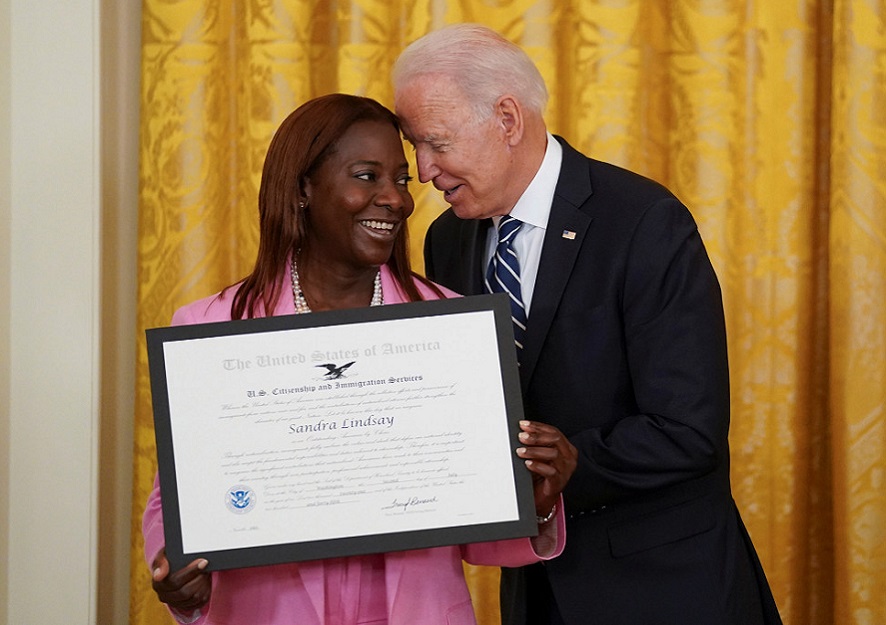 On December 14, 2020, New York City nurse Sandra Lindsay became the first person in the U.S. vaccinated against COVID-19 outside of clinical trials. Everyone watched as she was administered the Pfizer-BioNTech vaccine. She clapped along with those present after receiving the dose.

She got that shot because she wanted to “lead by example” and to let all Americans know that there is hope. “As a minority, I wanted to instill confidence in my people that look like me to say that it is safe, be guided by science, don’t be afraid,” the Jamaican-born nurse said.

Lindsay, who grew up in Jamaica with her grandmother before migrating to the U.S. in 1986, has been a critical care nurse for more than 26 years. She works as the director of nursing for critical care at Northwell Health’s Long Island Jewish Medical Center in Queens, which was the first COVID-19 epicenter in the United States. There were 203,000 reported COVID-19 cases in New York City from March to May 2020, with Queens having the highest number of the five boroughs, at 62,260, reports said.

“You’re not doing your normal 7.5, or even eight hour, nine hour days. You’re doing now 12 and 16 hour days, seven days a week,” Lindsay described what it was like working during the pandemic trying to save lives.

But all the hard work has paid off. On Friday, she was honored by President Joe Biden, who presented her with a framed “Outstanding American By Choice” award from US Citizenship and Immigration Services. Biden said her hospital scrubs and COVID-19 vaccination card will go on display at the Smithsonian Museum of American History. “Sandra immigrated to Queens, New York, from Jamaica when she was 18 years old. Over the past, and I don’t believe this, 30 years — she doesn’t look 30 years old — she’s pursued her dream of becoming a nurse to allow her to do what she wanted to do the most: give back to her new country,” Biden said.

“She earned a bachelor’s degree. Then a master’s degree. Then a doctorate degree. And her citizenship. And now she’s director of nursing for critical care at a hospital on Long Island,” said the president, who was presiding over a ceremony granting citizenship to a diverse group of immigrants to celebrate the Fourth of July holiday weekend, The New York Post reported.

Lindsay lost an aunt and uncle to the virus, Biden said. “But in her pain, she didn’t lose hope. When the time came, she was the first person in America to get fully vaccinated outside of clinical trials.

“She’s out there making sure her patients and folks in her community are getting vaccinated so they can get back to their lives and their loved ones.”

“Sandra, if there are any angels in heaven as I told you, having spent a lot of time in the ICU, they are all nurses, male and female. Doctors let you live, nurses make you want to live,” Biden added.

Lindsay, who beamed as the president commended her, described the ceremony as “surreal.”

“I just couldn’t even believe that I was at the White House. I am just so honored and just happy to be here,” the Queens nurse told Newsday.

Lindsay eceived her second dose on January 4. CDC data shows that as of Friday, 66.8 percent of U.S. adults have had at least one vaccine shot.