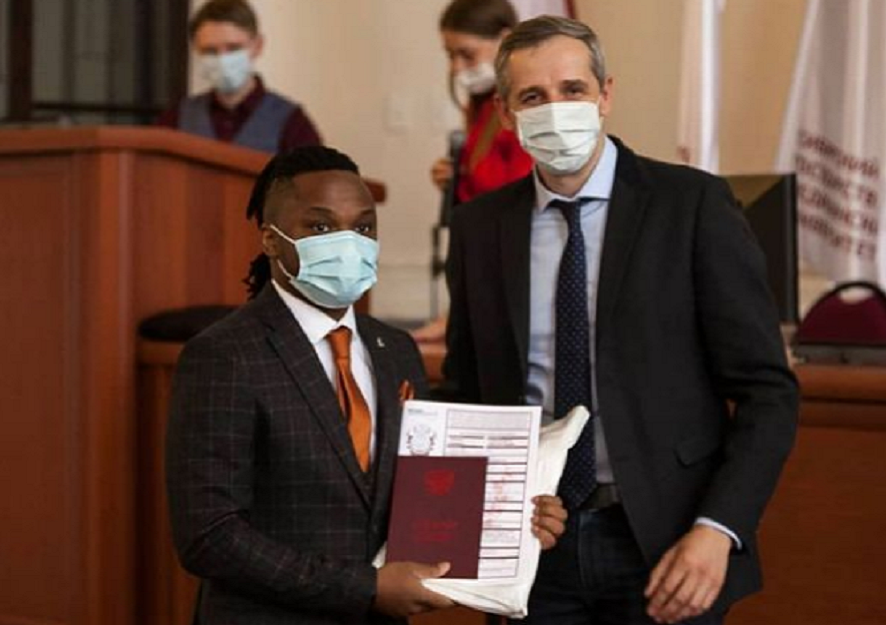 Justin Chukwudi Olewuezi is the last of three children. His mother, who is now a pensioner, knew the significance of education and so went all out to make sure he and his siblings were given quality education. Today, all her hard work has paid off. Olewuezi’s brother is an urban and regional planner with a PhD while his sister is a civil engineer with Masters in education. Olewuezi also made history recently when he became the first Nigerian to graduate from the Siberian State Medical University, Tomsk in Russia.

Olewuezi had studied in a city where many Nigerians and Africans, in general, shy away from. Many prefer to study in the western part of the country, he said. The Nigerian medical student’s journey to Russia began in his home country at the Air Force Comprehensive School in Enugu. Olewuezi had written the United Tertiary Matriculation Examination conducted by the Joint Admission Matriculation Board twice and scored 247 and 260 respectively. However, he wasn’t ganing admission into a Nigerian university, so he decided to look elsewhere.

“I had always wanted to study abroad and obviously make something of myself back in Air Force comprehensive school, Enugu. So after failing to gain admission twice even with JAMB scores 247 and 260 respectively, I decided to study abroad. So after talking with a Russian-trained medical doctor, (Dr Okere, then a medical student), I decided to go for it,” he said.

Having experienced both “nice and not-so-nice experiences” during his clinical practice, Olewuezi said medicine was not his original career choice. “I was in a Technical/science class back in Air force comprehensive school, but I later understood that engineering wasn’t for me (I wasn’t really into mathematics and further maths), so when it came time to fill in my JAMB form, I decided to go for Human anatomy.”

“I sought my mother’s advice, and she said why not go for medicine, that I shouldn’t be scared of anything. I was scared of the competition though. And ever since then I’ve been thinking about becoming an oncologist.”

How this South African king stood his ground against colonialists but was killed by his own family
Why Bobby Bonilla, baseball player who retired 20 years ago, is paid $1.19M every July 1