Pepi II, the Egyptian king who covered naked slaves with honey to attract flies away from him 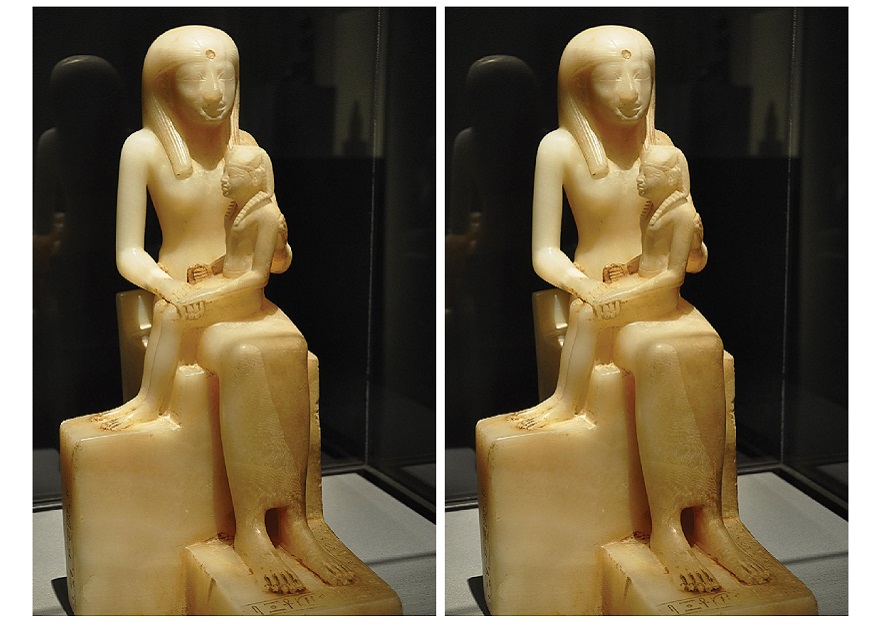 Ancient Egypt has often been the main reference point when interpreting the past and experience of Africa. Many believe that African history and civilization did all start from Egypt even though there are other kingdoms that sprang up to become equally powerful empires.

In terms of fashion and style, ancient Egyptians were noted to have adorned their bodies with clothes that served physical, religious and ceremonial functions, doing away as much as possible with excess material acquisition. Their rulers, or the pharaohs, who were seen as living representatives of a god or as the mediator between the gods and the people, were, of course, not left out of this fashion trend.

Both men and women wore makeup in ancient Egypt. Eye makeup was believed to possess healing powers as scientists said it fought off eye infections. Then there was the culture of honey. Ancient Egyptians loved honey, but one of their rulers decided to use it in a way that one would not expect. While most Egyptians found various means to drive away flies in the hotter seasons, a pharaoh decided to use enslaved men and women to keep flies at bay.

Pepi II was a pharaoh of the Sixth Dynasty in Egypt’s Old Kingdom who reigned from c. 2278 BC. He began his reign at the age of six. His throne name was Neferkare which means “Beautiful is the spirit of Ra”. Pepi II, who was the son of Pepi I, had succeeded his half-brother Merenre, who died at an early age. Pepi II’s mother Ankhesenpepi II (Ankhesenmeryre II) served as regent in the early years of his reign.

Some historians say he reigned for 94 years, thus, he is usually mentioned as the longest-reigning monarch in history. But others dispute this, saying it’s more likely to have been 64. Still, during his long reign, the government became weakened due to internal and external troubles. His reign would in fact result in the sharp decline of the Old Kingdom otherwise known as the “Age of the Pyramids” or the “Age of the Pyramid Builders”. It was during the Old Kingdom that Egypt attained its first sustained peak of civilization. But as local nobles became powerful and started raiding each other’s territories, the Old Kingdom would come to an end within a few years after the end of Pepi II’s reign.

Historians discerned his personality through his actions. Pepi II hated flies. While in power, he reportedly decreed that his rooms should include slaves covered in honey to attract swarms of flies away from him. He was thus often flanked by naked slaves smeared in honey who would attract flies. In the process, the insects stayed away from him.

In terms of entertainment, Pepi II had wanted a pygmy captured to be brought back alive to serve as an entertainer for the court. Harkhuf, a governor of Aswan and the head of one of the expeditions Pepi II sent into Nubia, captured a pygmy. Excited, Pepi II wrote to Harkhuf that he would be greatly rewarded if he were to bring the pygmy alive to the court. Pepi II’s letter to the governor has been preserved on the governor’s tomb and has been called the first travelogue.

Pepi II himself has three of his several wives having minor pyramids as part of his pyramid complex in Saqqara. At the time of his death, he had at least three sons. One of them, Merenre Nemtyemsaf II, succeeded him but reigned for just over a year.

After a coup attempt, this entrepreneur built a $50m security firm in Mauritania at just 24
Critiques of Gates Foundation agricultural interventions in Africa – US Right to Know – U.S. Right to Know