What’s next for Haiti after president is assassinated?

What’s next for Haiti after president is assassinated? 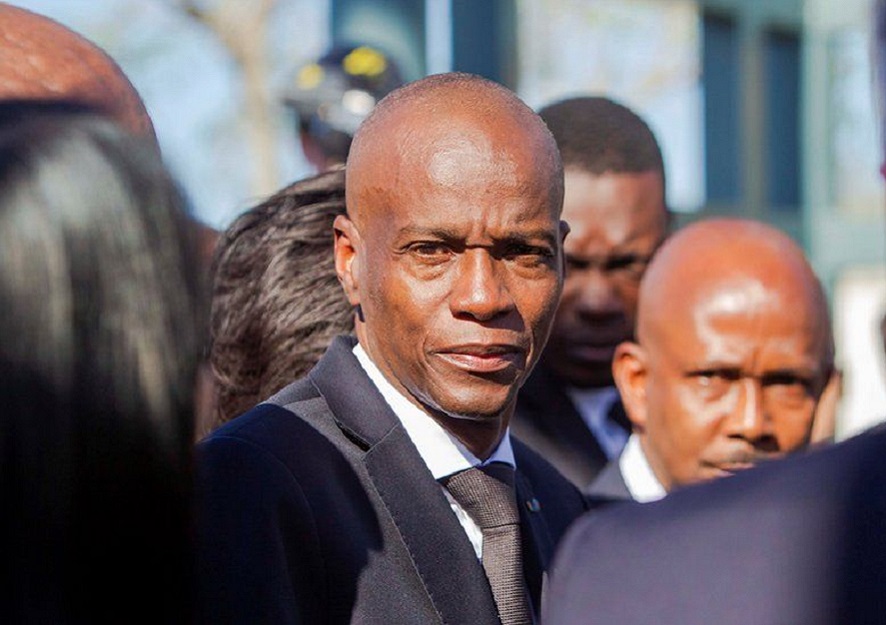 Hours after the assassination of Haiti’s President Jovenel Moise, four suspects have been killed by the police and another two have been detained. The suspects were foreigners, according to reports, and the police were yet to determine their nationalities as of Wednesday.

Moise was shot and killed after a group of unidentified people attacked his private residence early on Wednesday, interim Prime Minister Claude Joseph said. Moise’s wife, First Lady Martine Moise, was shot in the attack and was sent to a hospital in Miami for treatment. Joseph said he was now in charge of the country. He condemned the “inhumane and barbaric act”, adding that the police and the Caribbean country’s armed forces had taken control of the security situation. He has since declared a state of siege in the country.

In what is now the African diaspora’s oldest country, Haiti has been in political crisis, with protesters demanding new democratic elections and the resignation of Moise following years of corruption allegations. For about half a century, the Caribbean nation has struggled to overcome the problems of poverty and inequality. It is a country that has also seen the worst brutal dictatorships in the hands of the Duvalier family. The country has also suffered both natural and Western-ensured tragedies.

In recent times, there have been reports of violence in the capital Port-au-Prince that has claimed the lives of many people.

So what’s next for Haiti after Moise’s assassination?

Since January 13, 2020, Moise has, despite protests and corruption claims, been ruling by decree, after the country failed to hold legislative elections for both lower and upper houses of the bicameral legislature in October of 2019. In 2017 when he was sworn in as president of Haiti, the country was already in turmoil. Becoming a leader, Moise promised to fight corruption, strengthen institutions and bring more jobs and investments to the country while calling for unity.

But that did not materialize as protests against his administration erupted not too long after he took office. He was accused among other things of being authoritarian. This February, he indicated that there were attempts to overthrow him. About 20 people, including a judge and a police inspector general, were subsequently arrested in an assassination plot. They were later released by an appeals court.

In his last days, escalating gang violence pushed thousands of women and children from their homes. Gangs were in conflict with each other and the state as they competed for territorial control. There were attacks on police stations and health care providers amid the pandemic. The situation has left Haiti’s economy in shambles. It’s going to be a difficult road ahead for the Caribbean nation as the assassination of its president seems to have caused more tension in an already troubled nation, experts say.

Officials have closed the international airport after declaring a state of siege. The National Assembly would select a new leader under Haiti’s constitution. But experts fear that would not be possible as there is almost no legislature. The terms of the lower house members and two-thirds of those in the Senate have expired. Joseph has been left in charge along with his fellow government ministers.

“…We are facing a de facto government, a government that has taken charge, has instituted, as you probably know, a state of siege, which is really the ultimate type of governmental imposition of order,” Robert Fatton, a professor of government and foreign affairs at the University of Virginia, told PBS News Hour Wednesday. “But it remains to be seen if that state of siege can keep the country without significant disorder and a dissent into chaos.”

Fatton has written extensively on Haiti through the years. “This is a very dangerous moment for Haiti,” he said. “My personal hope is that what we will get is a government of national unity that could take over and set the situation whereby elections would be possible, not immediately, but probably next year, and where there would be some sort of reconciliation between all of the different Haitian actors.

“Now, whether we can get there is the big question. The opposition has shown no inclination to really join with the government of Jovenel Moise, but Jovenel Moise as president is gone. So, in a paradoxical way, in a tragic way, this might be an opening for such a compromise. But we will have to see. And we will have to see also whether the current prime minister is, in fact, going to remain in that position.”

“So, a solution like that might, in fact, bring some hope to the population. But if you don’t have that, I’m afraid that we might be descending into chaos. And that might, in turn, open the gates for another U.N. intervention. And we are back to where we were in 2004.”