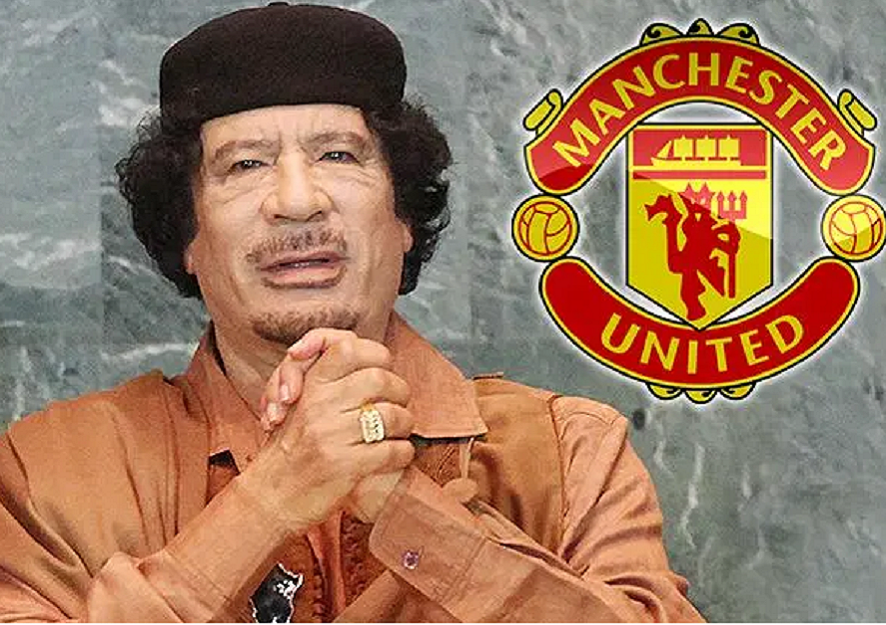 Libya’s Muammar Gaddafi came to power in a coup in 1969 before he was toppled in 2011. Although some argued that his leadership brought a lot of socio-economic reforms to the country, he was criticized by others for being a dictator who ruled with an iron fist. On October 20, 2011, he was ousted following an international military intervention led by France, the United States and Britain. The revolutionary and politician was rounded up by rebels at his hideout and subsequently killed.

Apparently, while in power, the Libyan leader nearly took over as the new owner of Manchester United. The Glazer family has owned the club since 2005 when they completed a takeover for roughly £800 million (now $1 million). But before the Glazers came in, Gaddafi almost took over control of the club back in 2004.

In a 2018 interview with The Times, Mehmet Dalman, who helped to organize the deal between the Glazers and the club, disclosed he was close to selling to Gaddafi. Dalman said he was summoned to Libya by private jet in 2004 to talk about the purchase of John Magnier and JP McManus’ 29.9 percent shareholding. Irish businessmen John Magnier and JP McManus had a row with former United boss Sir Alex Ferguson over the ownership of racehorse Rock of Gibraltar and “asked Dalman to help flog their shares”, The Sun reported.

Dalman, in his interview with The Times, said: “People don’t realize how the (takeover) deal was a whisker away from going to Libya.

“Gaddafi almost bought the club. That’s how close it got – literally, you’re talking about a few hours.”

The Libyan leader would go on to purchase Italian club Perugia after the two parties did not agree on a price for the controlling stake in the Red Devils, according to The Sun.

There have been numerous failed takeover attempts in the past, including from members of parliament and businessmen even before Gaddafi. The former Libyan leader’s son Saadi Gaddafi spoke about the potential deal in a 2005 interview.

He told the Financial Times: “Seven or eight months ago we were about to buy shares in Manchester United. We kept it secret because I thought we were going to do it. But now it’s impossible. I told my father it would be like buying the Church of England.”

“It’s very hard, maybe impossible because of the fans and the history, very difficult.

Many Libyans celebrated the humiliating end of Gaddafi with hope for a better future. But the oil-rich nation was riven by violence after being split between a UN-recognized government in the capital, Tripoli, and rival leaders in the east. Last November, the United Nations reported that Libya’s rivals have reached an agreement during a political forum to hold presidential and parliamentary elections on December 24, 2021. It said they also agreed to name a volunteer legal committee to work on the “constitutional basis for the election”.

A Libyan interim unity government has since been chosen to replace the war-torn country’s rival administrations and supervise the elections in December.