Why Kevin Durant may be the next NBA player… 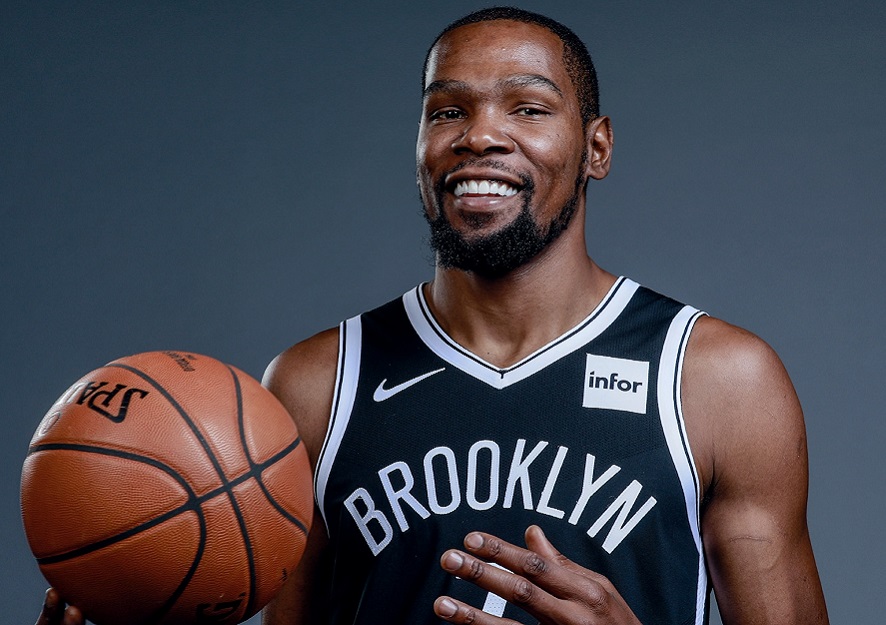 Kevin Durant is one of the highest-earning NBA players off the court due to his involvement in multiple business deals. Born Kevin Wayne Durant in Washington in 1988, his father deserted him when he was still an infant. His parents subsequently divorced and as a result, his grandmother raised him with his two siblings at Prince George’s County, Maryland, on the outskirts of Washington.

At age 13, Durant reconnected with his father and they spent time together traveling for basketball tournaments across the country. He started playing Amateur Athletic Union (AAU) basketball in the Maryland area. He also played High School basketball at National Christian Academy, Oak Hill Academy, and Montrose Christian School.

Durant went to Texas University and played for the Longhorns, where he enjoyed a successful college career. In the 2016 season, he was recognized as the player of the year and won the John R. Wooden Award, the Naismith College Player of the Year Award, and eight other honors and awards.

He started his professional NBA career after he was drafted for the 2007 season by the Seattle SuperSonics, now the Thunder after the team relocated to Oklahoma City. He was named NBA Rookie of the Year for the season. In the 2009 season, he came in third as the Most Improved Player. Durant was named in the first NBA All-Star Game during the 2009-10 season and he became the youngest NBA scoring champion with a point score of 30.1 points.

As his success on the court grew, so was his signing fees and endorsement deals. Prior to the 2010-2011 season, he inked an $86 million five-year contract extension with the Thunder. In 2016, he left the Thunder to join the Golden State Warriors, signing a two-year contract worth $54.3 million and a contract extension in 2018 for $61.5 million. In 2019, he signed for the Brooklyn Nets in a sign-and-trade deal.

Off the court, Durant has enjoyed success with a number of business deals. According to Celebrity Net Worth, he has made $36 million from endorsement deals with companies like Gatorade, Nike, Degree, and more.

Sportico reports that Durant is still owed $84 million from the Brooklyn Nets over the next two seasons and roughly $85 million from Nike through 2024 when his 10-year Swoosh deal expires.

He recently made a couple of wins with Coinbase and Postmates Delivery Rider. In 2017, he invested $250,000 and reportedly made $13.5 million when the company recently went public. Also, Uber bought Postmates $2.65 billion, valuing Durant’s stake at $15 million.

According to Sportico, Durant’s biggest financial commitment was his 5% stake in Major League Soccer’s Philadelphia Union franchise, a move he made last year. The deal also allows him to purchase an additional 5%.