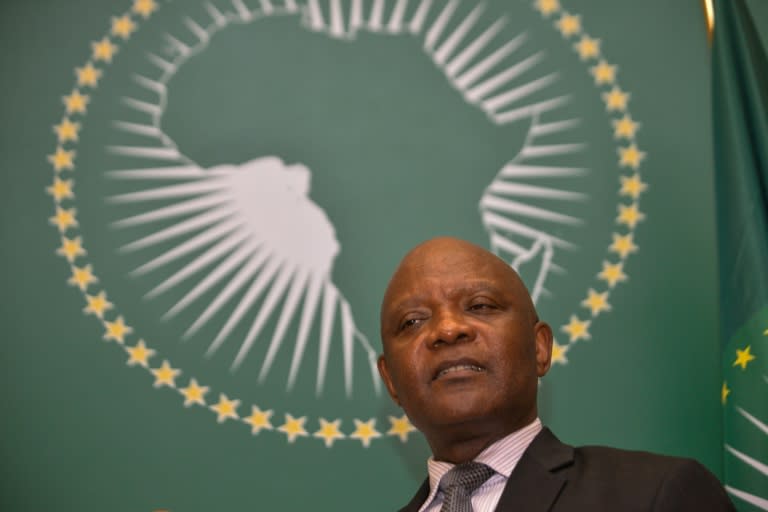 The head of the African Union’s health watchdog John Nkengasong revealed Thursday that he was battling Covid-19 but had survived the worst thanks to his jabs, as he urged the continent to fight vaccine hesitancy.

Experts worry that reluctance to take the vaccine, stemming from public scepticism over foreign-procured jabs and fear of side effects, may prolong the pandemic in Africa, a continent of nearly 1.3 billion people.

Nkengasong, the director of Africa Centres for Disease Control (CDC), said he had contracted the infection last week despite being fully vaccinated in April.

“The severity of the attack is so unbearable. The headaches, fever… every part of your body is affected,” the Cameroonian virologist told an online press briefing, where he appeared tired.

But vaccination spared him the worst, he said, adding that without the jabs, “I wouldn’t be here”.

“Vaccines save lives and there is no doubt about that. Even if we have one or two reported side effects, it doesn’t negate the fact that the benefit largely outweighs any secondary effects,” he said.

Vaccine rollout in Africa has been punishingly slow due in part to the unavailability of jabs, with wealthy nations accused of hoarding the shots to the detriment of poorer countries.

Less than two percent of the continent’s population has been fully vaccinated, according to the Africa CDC.

The race to administer more doses has been further complicated by logistical hurdles, with some countries unable to distribute the jabs before they expire, and by vaccine hesitancy.

In many parts of Africa, concern about side effects or rumours that the shot causes impotence or is otherwise unsafe have spurred wariness about vaccines among the population.

Burundi, one of the last hold-outs against vaccinations along with Eritrea and North Korea, said last month it has agreed to take jabs offered as part of the international Covax initiative that seeks to supply doses to poorer nations.

Africa has until recently been spared the worst of the pandemic, accounting for just 2.4 percent of global cases, but numbers have been rising as it struggles to contain more virulent variants of the coronavirus.

On a positive note, African Union officials said Thursday that 11 countries on the continent, in addition to six in the Caribbean, had started taking delivery of the 400 million single-shot Johnson & Johnson doses it had procured.

The jabs, touted as being key to speed up inoculation, will be distributed until September next year.

South Africa’s President Cyril Ramaphosa described the rollout as a “momentous step forward” for the continent in its quest to safeguard the health and well-being of its people.